NEW YORK (Reuters) – American Express AXP.N on Monday announced that it would acquire the fintech lender and the Kabbage platform in a bid to strengthen its cash management offering for small businesses.

Supported by investors including SoftBank Group 9984.T, Kabbage started in 2009 as an online lender, although it has since expanded its offering to other financial services for small businesses.

Building on the strength of its corporate cards, AmEx has focused on expanding its offering for small businesses in complementary areas such as payment and cash flow technology solutions, the company told Reuters. President of the Company’s Global Commercial Services, Anna Marrs.

This is the second acquisition made by AmEx in recent months, as part of this strategy, added Marrs. AmEx announced in July 2019 that it would acquire digital payment company acompay.

Under the terms of the deal, AmEx will acquire Kabbage’s technology, people and data, but not its loan portfolio, according to a statement.

During the coronavirus pandemic, Kabbage was heavily involved in the Paycheck Protection Program, the U.S. government’s small business stimulus program. The company said last month it had approved 225,000 loans worth nearly $ 6 billion, making it the third-largest lender in terms of application volume.

Lenders who have used technology to improve the lending process have grown rapidly in the years since the financial crisis, although recent economic uncertainty has put some under pressure. Last month, Enova International ENVA.N said he would buy OnDeck Capital. 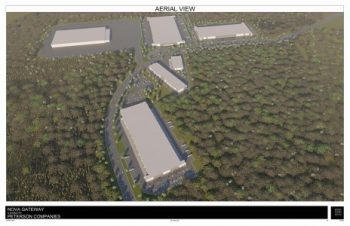