When Pony Ma, head of China’s internet powerhouse Tencent, attended a group meeting with Premier Li Keqiang in 2014, he complained that many local governments had banned ridesharing apps installed on smartphones.

Mr. Li immediately asked a few ministers to investigate the matter and report to him. He then turned to Mr. Ma and said, “Your example clearly demonstrates the need to improve the relationship between government and the market. “

By that time, Tencent had invested $ 45 million in a ride-sharing start-up called Didi Chuxing, which later became a model in the government’s push to digitize and modernize traditional industries. When President Xi Jinping met with global tech leaders in Seattle in 2015, Didi founder Cheng Wei, then 32, joined Amazon’s Jeff Bezos, Apple’s Tim Cook and Mr. Ma on the occasion. of the gathering.

But Beijing’s relationship with the tech industry has collapsed over the past year. Didi is now the target of the government’s regulatory anger. Days after the company’s initial public offering in New York City last month, Chinese regulators pulled its apps from app stores on the grounds of protecting national data security and public interests.

At the heart of the Didi fiasco, and to a large extent of China’s increasingly aggressive antitrust campaign, is the question of what Beijing expects from private companies. The answer is much more complicated than in the United States or Europe.

Chinese Big Tech wields as much power as America’s tech giants in the national economy. Like their US counterparts, Chinese companies appear to be engaging in anti-competitive practices that harm consumers, traders and small businesses. It deserves careful consideration and regulation to avoid any abuse of power.

But it’s important to keep in mind that Chinese tech companies are operating in a country ruled by an increasingly autocratic government that demands that the private sector surrender with absolute loyalty. Thus, unlike the antitrust campaigns waged by European and American officials in their regions, China uses the pretext of antitrust to cement the Communist Party’s monopoly on power, with private companies likely to lose what remains of their independence. and to become a mere appendage of the State.

Americans and Europeans who are understandably frustrated by their regulators’ lack of progress in taming big tech shouldn’t be too impressed with how quickly Beijing is bringing its tech titans to heel. Like many things in China, efficiency comes at the expense of the law and due process.

The Communist Party made it clear last year that it needed “politically sane people” in the private sector who “will firmly listen to the party and follow the party.” They should contribute more to the longevity of the Communist Party and help restore greatness to China, the party said.

The message, according to tech industry players, is that companies need to prove that they are useful and helpful in advancing government goals while avoiding causing problems.

Didi ignored the message, the people said. They were surprised that Didi defied the objections of some regulators and rushed its IPO in the current regulatory environment.

For some government officials, Didi’s US list was “yang feng yin wei” – to comply publicly, but challenge in private. The word choice is revealing as the phrase is often used to describe a subordinate’s betrayal of a superior.

“At a time like this, Internet companies that are ‘politically incorrect’ will only find themselves in a bind,” Internet consultant and investor Li Chengdong wrote of Didi in a social media post.

For businesses, knowing Beijing’s priorities helps. At the national level, it is about reducing inequalities and promoting what the party calls “collective prosperity”. Internationally, he manages geopolitical tension with the United States.

As China’s economic growth slows and opportunities dwindle, the country’s growing inequality becomes a time bomb in the eyes of the party, which is paranoid about social unrest and any skepticism about its legitimacy. And tech companies are increasingly blamed for the wealth gap, with their founders criticized as villains who take advantage of consumers and force their employees to work long hours.

Beijing was not happy last year when some big internet companies invested heavily in apps that sell vegetables to local residents. That’s because the apps could replace the moms and dads vegetable stalls where many low-income people make a living.

Beijing also attacked Ant Group, the financial technology giant controlled by billionaire Jack Ma, in part because it believed Ant made it too easy for young people to take out personal loans, sparking social discontent.

The government has also cracked down on the online education industry, which officials say takes advantage of parental anxiety. This, in turn, has increased the cost of raising children, thus jeopardizing Beijing’s new policy to encourage couples to have more than one child.

In April, a government official spent 12 hours as a meal delivery boy, making only about $ 6. This sparked wide discussions about how online platforms have treated their workers badly.

Tencent, Didi and e-commerce giant Alibaba – known as “platform” companies – are now second-class citizens in the eyes of the government, a Beijing-based venture capitalist told me. (First-class companies are developing “real” technologies like semiconductors and artificial intelligence that can help China become more technologically autonomous, he said.) For the government, the platforms -forms have too many users, too much data, too much capital and too much power, he says.

Over the past six months, tech giants and some star entrepreneurs have pledged their loyalty and made moves with cash and quits. Tencent announced in April that it would spend $ 7.8 billion on green energy, education and village revitalization.

In April, four days after Mr. Xi visited his alma mater, Tsinghua University in Beijing, Wang Xing, founder of the Meituan meal delivery company and also a graduate of Tsinghua, established a foundation at the university. . In June, Mr. Wang donated more than $ 2 billion worth of shares to his own foundation.

After the deaths of two of his employees and numerous online critics, Colin Huang, founder of e-commerce platform Pinduoduo, said in March that he would step down to make room for the next generation. He is 41 years old and has just been named the second richest person in China.

In May, Zhang Yiming, 38, founder of ByteDance, the parent company of TikTok, announced that he would also step down as chief executive. A month later, he unveiled a donation of $ 77 million to create an education foundation in his hometown. The Wall Street Journal also reported that it put ByteDance’s IPO plans aside in March after meeting with regulators.

A Tencent business unit said last month that its employees are now required to leave the office at 6 p.m. on Wednesdays and 9 p.m. on other days of the week. ByteDance announced this month that it will abolish the requirement to work Saturdays every two weeks, a common practice in many Chinese companies.

After Didi’s crackdown, similar announcements continued to come in. JD.com, an e-commerce platform, announced on Tuesday that it would increase the average annual salary of its employees from 14 months to 16 months of salary. Lei Jun, founder of smartphone maker Xiaomi, donated more than $ 2 billion worth of shares to two foundations on Friday.

What do all of these actions have to do with antitrust and limiting the power of Big Tech? Not much directly. But businesses and entrepreneurs are effectively telling government that they know who’s in charge and that they need to do things that seem to at least reduce social inequalities and discontent.

The other “sin” committed by Didi is that it was made public in New York at a time when geopolitical tension between China and the United States is escalating and the two countries are fighting for technological supremacy.

There is growing concern in China that many tech companies, backed by Western venture capital firms and listed in New York, will become economic pawns if bilateral relations deteriorate. China has announced that it will require domestic tech companies to submit to cybersecurity screening before listing their shares overseas, which will likely thwart most IPO plans.

“China needs to prepare for the worst-case scenario,” commented Weibo user Xiong Weizhou on his verified Weibo account. “It could be a war with Taiwan or sanctions from the United States and Europe. Big Chinese companies should not become the soft underbelly of the nation. “

Next Want to make your storage sing? Then make sure it's designed for composability - Blocks and Files 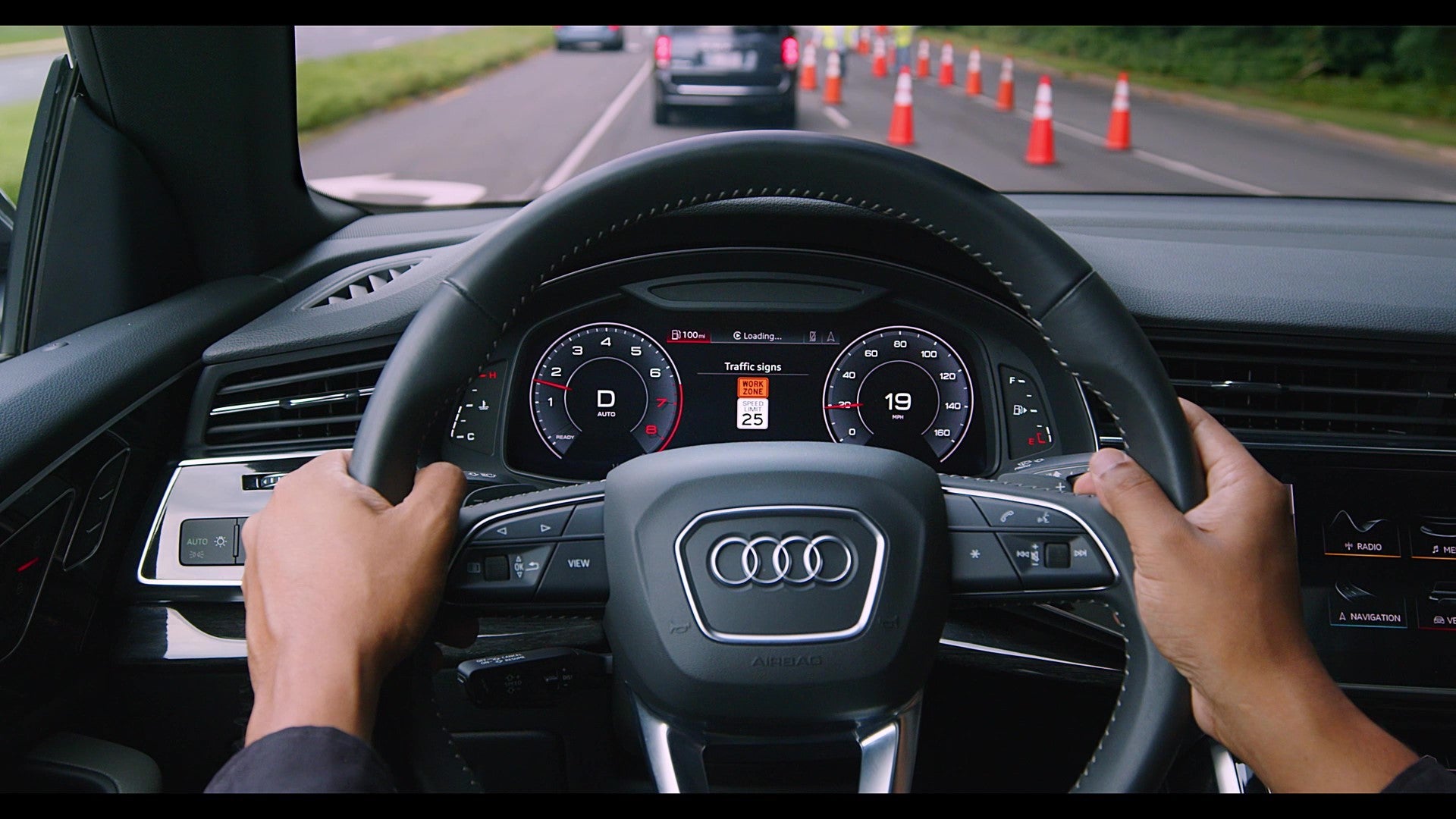